In just a few months, the worldview has changed, and we feel an increased need for security in both private and professional contexts. This blog post addresses how Microsoft is working to counter digital attacks, help companies understand CO2 emissions from cloud operations, and make the transition from in-house data center to cloud easier.

Makes the transition to the cloud easier

With the Azure Hybrid Benefit service, Microsoft makes the transition to the cloud easier by letting you reuse licenses from in-house servers. The service has previously allowed you to reuse licenses for Windows Server and SQL Server. This year, Microsoft has opened up that the service also supports RedHat and SUSE Linux subscriptions. 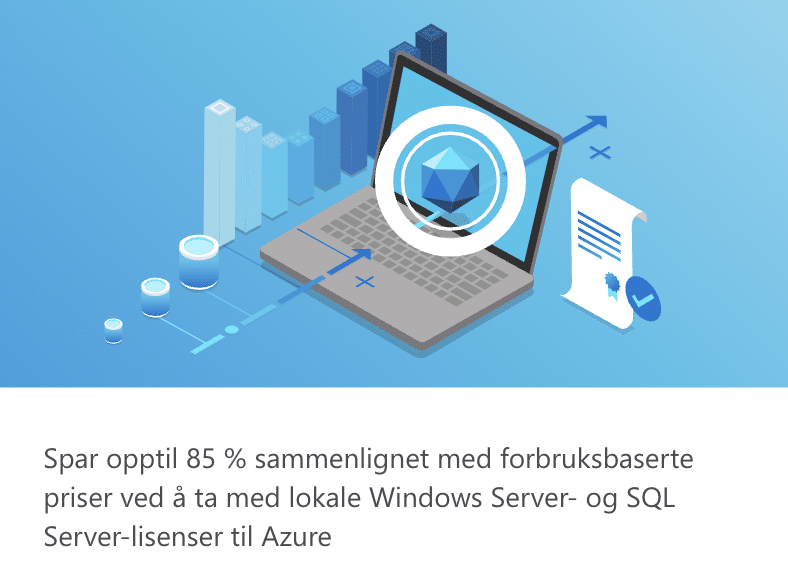 Stopped the greatest DDoS attack ever

A Distributed Denial-of-Service (DDoS) attack is one of the biggest accessibility and security issues that organizations face when moving to the cloud. To help protect against these, Microsoft Azure offers the «Azure DDoS Protection and Mitigation» service.

Azure DDoS Protection was tested when it handled a massive 3.4 terabit per second (Tbps) DDoS attack targeting an Azure customer in Asia in November 2021. Two more major attacks followed in December, also targeting Asian Azure customers. A 3.2 Tbps UDP attack on ports 80 and 443, and a 2.5 Tbps «UDP flood» on ports 443.

The 3.4-minute attack at 3.4 Tbps came from about 10,000 sources and from several countries, such as the United States, China, South Korea, Russia, Thailand and India to name a few. The graph below shows how Azure DDoS Protection handled the attack over time. 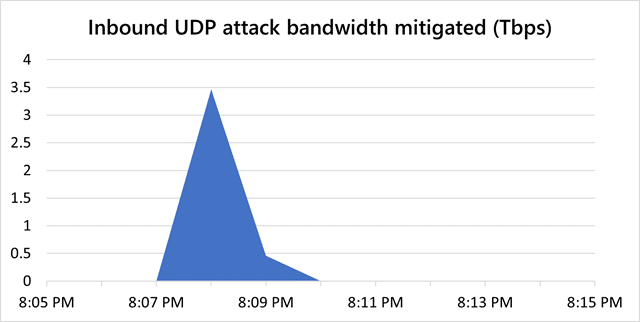 In October 2021, Microsoft announced the Emission Impact Dashboard (EID) service for Azure. This is a Power-BI application that helps Azure enterprise customers understand the carbon emissions associated with resources in the cloud.

Based on the work from October 2021, Microsoft has now launched the successor to EID for Microsoft 365 in «Public Preview». This Power-BI application measures greenhouse gas emissions related to the organization’s use of Microsoft 365 applications, such as Exchange Online, OneDrive for Business, and Microsoft Teams.

The Power-BI dashboard quantifies the total emissions, as well as carbon emissions per active Microsoft 365 users. It is also possible to filter emissions by scope and region.

Organizations can also use EID to estimate avoided emissions from having moved t SharePoint and Exchange to the cloud. A study found that Microsoft Cloud is up to 93% more energy efficient and 98% more carbon efficient than on- prem all the alternative. 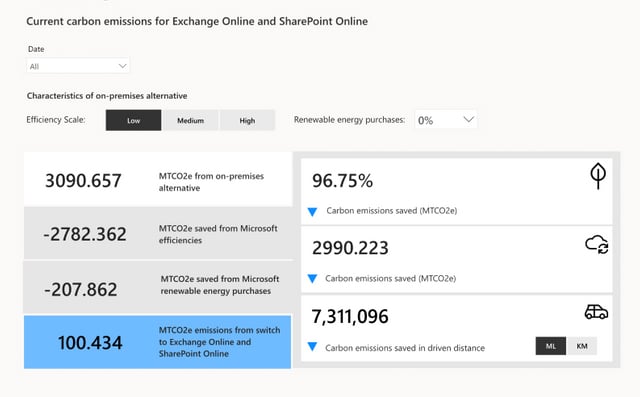 We live in a time with a high focus on safety and sustainability. In this blog post, we have talked about three key Azure initiatives that mainly deal with just this; migration and efficiency in the cloud, securing infrastructure, as well as measuring and reducing the carbon footprint.

We hope this has been helpful and can help your organization move forward with the digital transformation.